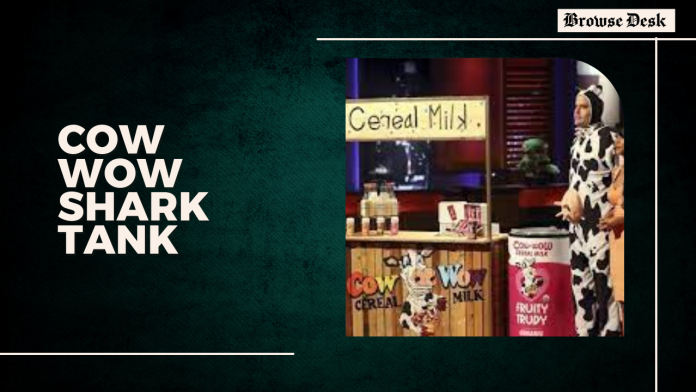 A couple with a strong passion for breakfast food enters the Shark Tank. Meet the Cow Wow Cereal Milk founders, Chris Pouy and Tiffany Panhilason. They’re looking for $250,000 in exchange for a 10% stake in their company. Do you know that lovely leftover milk that tastes amazing after a beautiful bowl of cereal? Cow Wow Cereal Milk has bottled that cereal milk and made it healthy.

Cow Wow is geared towards young, developing youngsters, and Chris and Tiffany entice them to try it by narrating a narrative. Once upon a time, a dairy farm ran out of hay, so the farmers rummaged through the cabinets and fed their cows grain. When they milked their cows the next morning, the milk tasted sweet and wonderful, much like cereal milk. 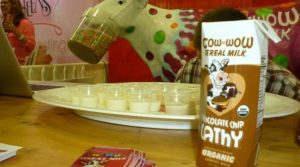 Tiffany and Chris pass out samples as Chris removes his crazy cow costume from his Shark Tank appearance. Each of the Sharks is given a Fruity Trudy and a Chocolate Chip Kathy, while Chris points out that there was a manufacturing error on the label since there are only 20 grammes of sugar, not 25. A serving of milk has 14 grammes of sugar. Kevin points out that the two are selling the most absurd product: milk that tastes like cereal bowl leftover milk.

Lori inquires about the cereal’s origins, and Chris and Tiffany respond that they are just big cereal fans who had an idea. He discovered that milk only had three tastes – milk vanilla, chocolate, and strawberry – when they went to a frozen yoghurt establishment one night, which generally has at least 12 to 20 choices depending on the size of the business.

Daymond questions whether the product is marketable — the joke being that the bottom of the bowl milk tastes the nicest, but he wants to know whether others are interested in it. However, Steve Tisch, the guest shark on this episode of Shark Tank (the owner of the New York Giants and a film producer, and the only person to hold both a Super Bowl ring and an Emmy award), says he eats cereal for dinner and prefers the milk from the bottom of the bowl. Daymond, on the other hand, can not see the appeal, as he links that section of the meal with drool and backwash.

Steve inquires if the food has been tested, and Chris responds that children enjoy it; Daymond comments that he is lactose intolerant, and defers to Steve for the taste test, which Steve fails miserably with a B grade. He complains that it lacks cereal flavour and isn’t sweet enough and that it doesn’t remind him enough of his favourite cereal. When Kevin inquires about sales, Tiffany discloses that they have barely made $20,000 since debuting. There have been reordering in every grocery store they’ve been in so far — all eight Bristle Farms, three Albertson’s test locations, and they’re just a step away from securing a $100,000 agreement with one of the country’s top retailers.

Kevin inquires as to what market they are trying to break into (milk, dairy products, sweetened dairy products, etc. – the precise niche market), and Chris responds that their product is flavoured milk, which is a 1.5 billion dollar industry. The milk does not need to be refrigerated, but it tastes better when it is; Kevin explains that obtaining refrigerated space is a separate matter, because these commodities often have greater margins, and renting out refrigerated store space needs a significant amount of capital and product transportation.

Daymond points out that 20 grammes of sugar (and 170 calories, according to Lori) is a lot for a small carton sold to a child. There is already a problem with obesity, but Chris claims that their drink contains less sugar than any juice or flavoured milk now available. There was a campaign to remove flavoured milk from schools not long before the production of this show in 2013, and there was a tremendous response from students who were removed.

Things take a turn for the worst at this point, with Chris insisting that “one child from Ohio submitted a five-paragraph essay,” and Mark interrupting Chris and asking, “Do you realise how terribly you just screwed up?” Mark chastises Chris, claiming that if he hadn’t brought up the news that flavoured milk was being withdrawn from schools, NONE of the Sharks would have known.

They just gave the Sharks one of the biggest red flags, but Chris says he wants to be honest since the kids began drinking soda and juice and requested their milk back. Milk, even flavoured milk, is more wholesome and delightful than soda and juice, so the kids called for it to be brought back, and chocolate milk was even promoted as the ideal recovery drink for sports. During the “Got milk?” promotion, chocolate milk was promoted to athletes as having a better carbohydrate-to-protein ratio than almost anything else. Kevin, on the other hand, claims that Cow Wow Cereal Milk is marketed to youngsters rather than athletes.

Daymond believes that advertising Cow Wow Cereal Milk to children is harmful, and he opts out of the deal as well. Chris insists that Cow Wow is a terrific alternative for kids and that they should bring it back to schools, but Lori interrupts and says she doesn’t even like milk. She pulls out of the contract due to a lack of love and desire. 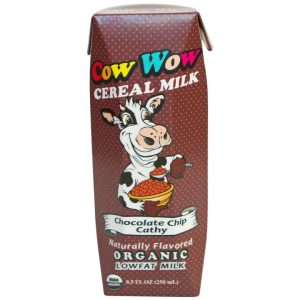 According to Steve Tisch, he likes the concept and branding, but the flavour isn’t quite there. He gave the tasting a B, and he thinks it should be an A, and he thinks the product needs more development, so he pulls out of the contract.

Kevin says, “All roads lead to Kevin,” but with a twist: all cows return to Kevin’s Pasteur, farmer Kevin’s Pasteur. Kevin claims that flavoured milk is an ancient and well-established sector worth $1.5 billion, and with a $2.5 million valuation on Cow Wow Cereal Milk, the writing is on the wall for Chris and Tiffany. Why would Kevin want to invest his money in a business that is already very competitive? They’d need a far shorter business plan that could explain to any of the Sharks why the pair believes Cow Wow has a chance in hell of succeeding. Kevin describes himself as “very out.”

The Sharks cited the milk carton as being a little too “empty” for children, and I agree. Chris and Tiffany exit the Shark Tank without obtaining investment for Cow Wow Cereal Milk. Obesity is already a problem in our society.

Cow Wow Cereal Milk, like many other Shark Tank products, is in limbo. The products are said to be listed and sold at a Kroger near me (Kroger is the nation’s largest grocer), but I was there just yesterday and can confirm that I did not see any Cow Wow Cereal Milk. Cow Wow appears to be in limbo, with reports indicating that it may not be produced at all, or that it is being produced at a slow rate and shipped only to stores that sell large quantities. The website for Cow Wow Cereal Milk hasn’t been updated since January of 2014. I believe it is safe to declare Cow Wow Cereal Milk dead, or at the very least, a failure with the intended audience.