Only a few months after she began dating Cooper, Abedin, 45, listed her East Hampton home for rent at $35,000 a month in June, according to The Post.

According to public documents, the ex-wife of disgraced Anthony Weiner and former deputy chief of staff to Hillary Clinton bought the five-bedroom, four-bathroom house for $1.15 million in November 2020 while their divorce was still pending.

The colonial-style residence’s features span approximately 3,000 square feet and include a heated pool, an outdoor shower, and a sizable patio area. Features include a spacious dining room for hosting and newly remodeled bathrooms, both of which are situated in the Springs neighborhood.

According to the listing, the home was constructed in 1992 and features a fireplace in the living room as well as newly refinished cherry cabinets, new Caesarstone countertops, and new stainless-steel appliances in the kitchen. 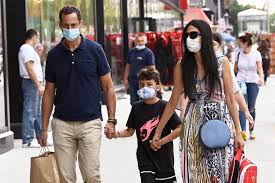 The main suite has a newly renovated bathroom with a frameless glass-enclosed shower with a bench, a double marble-top vanity, and marble tile flooring. Abedin was requesting $27,500 per month when it was first put up for rent on June 3. But the cost increased to $35,000 at the start of July.

The listing is held by Lee Felty and Adriel Reboh of Compass. Abedin and Cooper, both 47, have reportedly been dating covertly for a few months. According to reports, Anna Wintour, editor of Vogue, “played matchmaker” in their relationship. She loves Huma and is best friends with Bradley, an insider claimed.

Once the Hamptons house has been rented out, it is unknown where Abedin will spend the majority of her time. Records indicate that she is still residing in the marital residence that she shared with Weiner. The two paid $2.52 million for the three-bedroom, two-bathroom Flatiron house in 2014, not long after Weiner’s sexting scandal came to light.

When Abedin filed for divorce in 2017, it was temporarily advertised for rent. At the beginning of the year, their divorce became final. The Post has previously reported that Abedin rented out a flat at 510 E. 14th St. in 2019, after which Wiener swiftly relocated across the hall to a different unit to co-parent their 9-year-old kid. Additionally, Abedin has ties to an Upper East Side rental. Meanwhile, Cooper spent $13.5 million on a West Village townhouse in 2018 with his supermodel girlfriend Irina Shayk, with whom he shares a 4-year-old daughter. 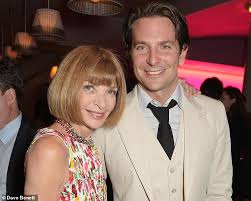 According to Page Six, the famous couple arrived at the Met Gala together on May 2, 2022, before separating for the red carpet. Abedin, 46, is pictured posing for photos in a canary-yellow gown while Cooper, 47, stands distantly behind her.

According to Page Six, the famous couple arrived at the Met Gala together on May 2 before separating for the red carpet. Abedin, 46, is pictured posing for photos in a canary-yellow gown while Cooper, 47, stands distantly behind her.

Due to her history with Weiner, who was found guilty of one count of transferring pornographic material to a minor in 2017 and ultimately served 18 months at the Federal Medical Center, Devens in Massachusetts, Abedin has been in the headlines for a long time.

After he was discovered in 2011 using his open Twitter account to send a sexually graphic photo of himself to another woman, Abedin made the first decision to stand by her husband.

In 2013, shortly after Weiner tried to make a political return and started running for mayor of New York City, a second sexting controversy broke out. In April 2013, just over a year after he left Congress, Weiner sent pornographic images to a woman who was 22 years old using the nickname “Carlos Danger.” 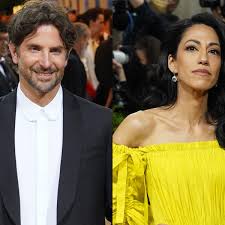 When it was discovered that Weiner had intercourse with another woman, including sending a picture while he was in bed with his small boy, Abedin made the decision to divorce him.

Abedin issued a statement saying, “I have decided to separate from my husband after lengthy and painful deliberation and work on my marriage. Anthony and I are still committed to providing for our son, who is the center of our universe. I kindly request that our privacy be respected during this trying time.

Devices owned by Weiner were seized as part of an investigation into the 2016 incident in which he discovered sexting with a 15-year-old North Carolina girl. He received a total of 21 months in prison for sending pornographic material to a minor, 18 of which were served at the Massachusetts medical facility and the remaining four in a halfway house.

Emails from Hillary Clinton’s tenure as secretary of state were found on Weiner’s laptop as a result of the criminal inquiry into his actions. Just 11 days prior to the 2016 US presidential election, this led James Comey, a former director of the FBI, restarted that investigation. Clinton has claimed that Comey’s choice to do so was a factor in her loss to Donald Trump.