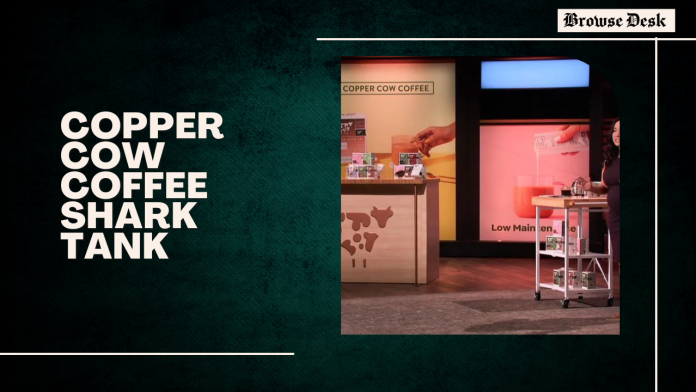 What Is Copper Cow Coffee?

Before launching her coffee business, Debbie had experience in sustainability work and even worked at the World Bank. In 1975, Debbie’s mother left Vietnam and moved to the US. Debbie, who was born years later, said she was a big admirer of Vietnamese coffee and had grown up drinking it.

Over the many years, she made and drank Vietnamese coffee, Debbie had one specific problem. Vietnamese coffee is bitter, and if it isn’t made properly, the flavor of this great beverage may be compromised. Not everyone is aware of the proper preparation methods. In order to share her favorite Vietnamese coffee with the rest of the world, Debbie established Copper Cow Coffee.

Furthermore, Copper Cow Coffee promises to be a “pour-over” rather than being packaged like regular coffee. It comes with a little brewer and a single-use filter. Just hot water must be poured through the coffee-containing filter by the consumer. After that, you can add sugar or condensed milk as needed.

How Did Copper Cow Coffee Fare During the Shark Tank Pitch?

Coffee comes in packs of five for $15. It comes with 5 creamers and 5 filter packs. A monthly membership option is also available, which might result in savings of up to 30% off the suggested retail price. In 2020, Debbie made all the right choices.

Debbie is looking for $600,000 on Shark Tank in exchange for a 4% ownership in her business. This translates to a value of $12 million. She tells her story while gushing about how much she loves Vietnamese coffee. Four years ago, she left the multinational bank to start the business.

She raised $2 million in 2018 and has $1.5 million on hand. At a $15 million value, she raised an additional $1.5 million in venture money. The valuation, according to Mr. Wonderful, is absurd. Although Lori claims to like the idea, she will not participate.

Debbie anticipates earning $3.5 million during the upcoming six months. Debbie has a 40% ownership stake in the business. Kevin is out since he thinks it’s a risky bet that he won’t take. Because of the losses and the fact that she has $1.4 million in the bank, Daymond left.

Robert makes an offer of $600,000 with an interest rate of 8% since he believes she is the real deal. Mark talks about how the “Covid effect” increases sales before leaving. Debbie offers 5.5 percent in addition to a 1.5 percent advisory share, matching Robert’s offer, but Robert declines, and Debbie accepts his offer.

Despite being less than two months after the intended air date on July 20, 2021, the agreement with Robert has not yet been finalized. The only thing that has changed is the income, which has risen to $1 million annually.