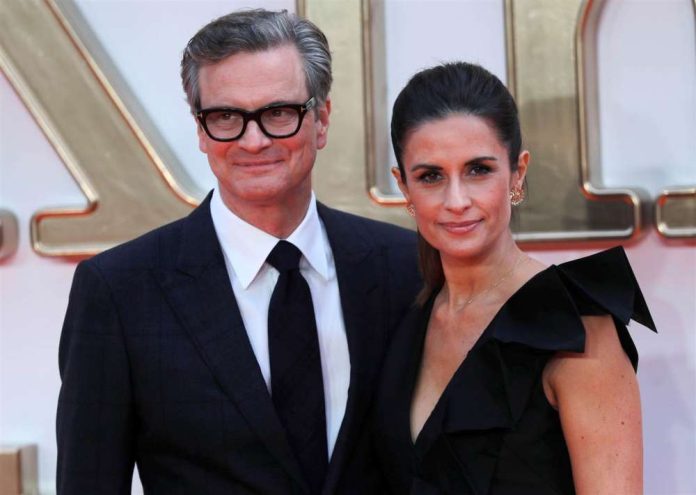 Colin Andrew Firth CBE is an English actor who was born on September 10, 1960. He has won an Academy Award, a Golden Globe Award, two British Academy Film Awards, and three Screen Actors Guild Awards, among other honors. In the 2011 Queen Elizabeth II Birthday Honours, Firth was named Commander of the Order of the British Empire (CBE) for his contributions to drama. In the same year, he was honored with a star on the Hollywood Walk of Fame and named to Time magazine’s list of the world’s 100 most important people. Firth is the oldest of three siblings; his sister Kate is an actress and voice teacher, and his brother Jonathan is an actor as well.  His paternal grandfather was an Anglican clergyman and his maternal grandparents were Congregationalist pastors. Both of his parents were born and spent part of their childhoods in India, where they worked as missionaries.

In 2019, the couple called it quits when it was found that Giuggioli was having an affair with her childhood pal Marco Brancaccia.

The narrative developed when she claimed Brancaccia was stalking her and filed a police report about him. He rejected the charges and said that they were intimately linked and that she was covering her tracks by accusing him of pestering her.

Here’s what occurred, and how Firth has moved on with someone he met on the set of his next production The Staircase in 2022.

What Happened to Colin Firth’s Marriage to Livia Giuggioli? 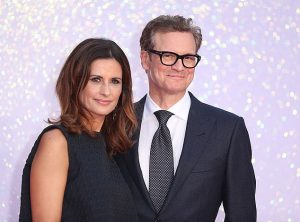 On the surface, Colin Firth and Livia, an Italian film producer, appeared to be happy marriages. One year after meeting on the set of the British-Italian television show Nostromo, the enamored couple married in 1997. They eventually relocated to Umbria, Italy, near Tuscany, and welcomed two sons, Luca and Matteo. Firth has a son named Will from his former marriage to actress Meg Tilly. Since then, the actor has resided in Italy and is now an Italian citizen.

However, their ideal rural lifestyle was shattered in 2018 when it was revealed that Giuggioli had a connection with Italian journalist and childhood friend Marco Brancaccia in 2015 and 2016 when she and Firth were separated for a short time. A woman’s quest to embrace her new physique after a prophylactic mastectomy

“Colin and Livia secretly decided to divorce a few years ago,” the Firths declared in a statement in March 2018. “During that time, Livia had a short affair with Mr. Brancaccia, a previous friend. Since then, the Firths have reconciled.

“Mr. Brancaccia then embarked on a terrifying campaign of harassment that lasted several months and was well recorded. The Firths have never wanted to make this topic public for obvious reasons.” 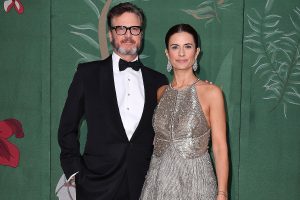 Is It True that Livia Giuggioli and Marco Brancaccia Had an Affair?

While she was separated from Firth, Giuggioli admits to having a connection with Marco Brancaccia.

Brancaccia claims that when their 11-month romance ended, he briefly kept in touch with her, sending her a few WhatsApp messages. He also admits to sending Firth an email. The email is thought to contain details of his personal interactions with the actor’s wife.

That’s when Giuggioli Reported Brancaccia to Italian Police, Accusing Him of Stalking and Harassment, Which He Denied. Later, He Claimed Giuggioli Lied About Him in Order to Hide the Affair.

“The Truth Is that Livia and I Have Known One Other Since We Were Teenagers, and We Had an 11-Month Love Affair in 2015-2016,” Brancaccia Said at The Time. “i Never Phoned Her Again After It Ended in June 2016.” I Sent Her Two Whats App Messages, One Happy Birthday [text Message], and One Email to Colin, Which I Regret.”

Because of Giuggioli’s Allegations Against Brancaccia, Italian Police Initiated an Inquiry. According to The New York Times, Brancaccia Was Charged with Stalking in May 2018 After Authorities Discovered “abusive Messages and Emails” on His Phone. in July 2018, the Matter Was Resolved Out Of Court.

“I sent Colin an Email About My Connection with Livia, Which I Now Regret Sending, and She Filed a Stalking Lawsuit Against Me out Of Concern that I Would Divulge What She Had Revealed to Me About Her Marriage and Employment,” Brancaccia Told the New York Times.

The Stalking Accusations Against Brancaccia Were Ultimately Dismissed by Firth and Giuggioli.

“in the Best Interests of Their Families, the Parties Have Agreed [to] a Private Settlement,” the Attorneys for The Firths and Brancaccia Said in A Joint Statement.

Why Did Colin Firth’s Marriage to Livia Giuggioli End?

Firth and Giuggioli Confirmed Their 22-Year Marriage in December 2019, Almost Two Years After the Infidelity Incident.

“colin and Livia Firth Are No Longer Together. in A Statement to People, Their Spokespeople Said, “they Have a Strong Friendship and Remain United in Their Love for Their Children.” “they Respectfully Request Privacy.” There Will Be No More Remarks.”

According to People, the Notoriety Surrounding Giuggioli’s Extramarital Affair Put Their Marriage Under Further Hardship, and There Was No Way Back.

“After the Affair, Things Never Really Turned Around for Them,” a Source Stated. “nothing Could Erase that Betrayal, No Matter What They Chose when They Stayed Together After Her Affair.” Even Though They Had a Strong Family Ties and Wished to Save It, It Was Time to Move On.”

Firth Is Dating Maggie Cohn, a Tv Writer Whom He Met during The Production of His Most Recent Drama the Staircase.

The Couple Was Seen out And About in Chiswick, West London. Cohn Is a Screenwriter Who Has Worked on Shows Such as American Crime Story and Narcos: Mexico.

The Staircase Is a Miniseries Based on The Same-Named Real Crime Documentary. Firth plays Michael Peterson, a Writer Convicted of Killing His Wife Kathleen Peterson (Toni Collette) in 2001 at The Foot of Their Staircase.