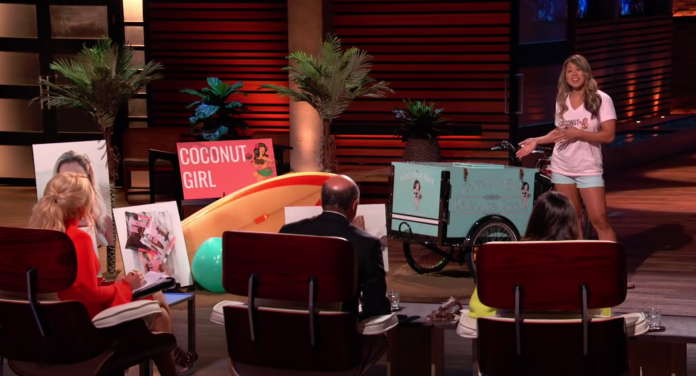 What Is Coconut Girl All About?

Coconut Girl is a paleo frozen cookie sandwich designed for health-conscious, sporty, and outdoor-loving women (or guys). It’s made with organic coconut cream and natural sweeteners, and it’s dairy and gluten-free. As a consequence, it’s the ideal guilt-free treat for people who wish to maintain a healthy weight while still enjoying delicious natural sweets. Coconut Girl mostly sells to retailers, however, they do have a branded section on their website.

Who Is the Coconut Girl Founder?

The founder of Coconut Girl, Francheska (Frankie) Yamsuan, depicts herself as a regular adolescent girl concerned about her weight and self-conscious about her body image. She became preoccupied with reducing weight and began exercising three hours every day.

When she moved to Los Angeles in her twenties and started practicing Crossfit, everything changed. At the same time, she began to learn more about the paleo diet. These two occurrences shifted her perspective, and she began to pay more attention to her nutrition, especially while consuming “sugar-free” foods.

She was motivated to develop healthier versions of her favorite cuisine as a result of her new lifestyle. She is still heavily active in the business, controlling nearly every aspect of it. She’s recruited an additional packer so she can concentrate on the marketing and other tasks. She also intends to start selling her products across the United States as soon as possible.

Frankie started spending more time in the kitchen, which gave birth to the idea for Coconut Girl. She decided to mix dates and coconut milk together and freeze the mixture in her ice cream maker one day. Frankie enjoyed the flavor, so she started buying it for her friends. She bought an ice cream cart and started selling handmade ice cream at fitness events throughout town.

Her passion for making healthier versions of her favorite sweets rapidly turned into a business. While selling her homemade ice cream, she saw that ice cream biscuits were becoming increasingly popular. She set out to create her own superior alternatives, equipped with paleo diet ideas and her newly acquired cooking skills.

Local companies approached her shortly after, wondering if they might sell her healthy ice cream cookie variant. She was even picked up by Whole Foods, which would go on to become her most important customer.

What Happened to Coconut Girl During Her Pitch on Shark Tank?

Francheska comes on Shark Tank season 11 episode 14 in pursuit of $180,000 in exchange for an 18% share in her business. This amounts to a $1 million investment. After sampling the samples, the Sharks were blown away by the flavor and idea of the nutritious dessert. They were even more astounded when Yamsuan informed them of the number of stores that already stocked her products.

“Whole Foods is our biggest client,” she stated. “We’re in 30 locations now, and we just obtained approval to expand in Hawaii, Nevada, and Arizona.” We’ve also been picked up by one of the leading food distributors as of last week.”

They no longer sell directly to clients because transporting ice cream sandwiches to fulfill internet orders is excessively costly. In order to expand and meet more demands, they are likewise understaffed and require extra workers. Shark Mark Cuban was the first to make an offer after hearing enough juicy details.

He urged Yamsuan to accept his offer without allowing the other Sharks to speak. I’ll give you $180,000 but with a 25% commission.” Shark Kevin O’Leary moaned and said he would follow suit. Shark Lori Greiner chimed in with her approval of the arrangement.

Cuban, on the other hand, cut her off, telling Yamsuan that if she listened to other offers, he would depart. O’Leary stepped in and offered to help Yamsuan by providing $180,000 in return for a 20% interest.

“Only because he’s stupid, well, I’ll do 20%,” Cuban said, quickly stepping forward to shake hands on the arrangement. “Deal?” Mark and Frankie decided to invest $180,000 in Coconut Girl in return for a 20% share.

After the Shark Tank Pitch, What Happens to Coconut Girl?

The country has been on lockdown due to the Covid-19 outbreak since the episode aired in early March 2020. Coconut Girl Coconut Milk Frozen Desserts is one of the many businesses affected by the crisis.

According to the Coconut Girl Facebook page, Frankie is “delighted to be working with Mark Cuban and his colleagues.” The firm is listed on Mark’s website, and the transaction appears to be complete. 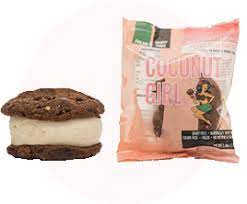 The goods are now available at Whole Foods, Central Markets, Bristol Foods, Erewhon Markets, Good Earth Natural Foods, and a number of additional places as of August 2021. The revenue is $1 million per year and is likely to grow.