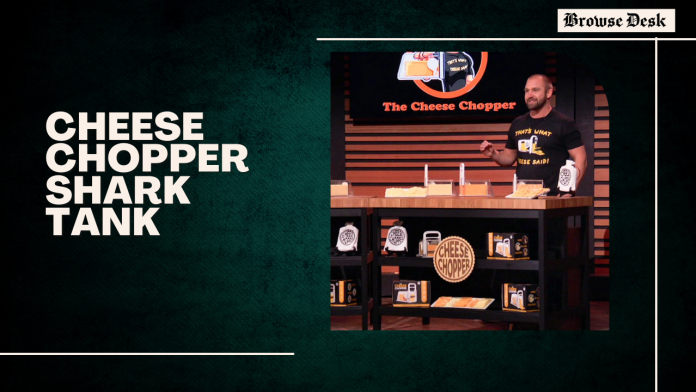 What Is Cheese Chopper?

The Cheese Chopper is a three-in-one appliance for slicing, grating, and storing cheese that is dishwasher safe. This device is intended to make it easier and safer for people who consume a lot of cheese to slice and store it, especially if it comes in large blocks.

The Cheese Chopper’s ground-breaking ergonomic design makes it possible to quickly, neatly, and safely slice or shred a two-pound block of cheese. Furthermore, compared to plastic wrap and food storage containers, the airtight Chopper keeps the cheese fresher for twice as long.

The company’s founder and inventor, Tate Koenig, graduated from Oregon State University with a Bachelor of Science in Business Administration and a minor in Entrepreneurship. He was the owner and co-founder of Citizens of the World, a nonprofit that recruited student volunteers from all over the world for projects aimed at sustainability.

Koenig is currently employed with Idaho Pacific Lumber Company as a lumber broker. Koenig, a dedicated cheese enthusiast, struggled with large blocks of cheese for years that seemed to have no orderly way to be handled.

He found cheese graters ineffective and perhaps dangerous, and he found it annoying to constantly clean the blades that were used to slice the cheese. In addition to addressing the issue of cutting cheese, Koenig sought a system that could store larger blocks of cheese.

He regularly found that the improper storage of these blocks of cheese resulted in waste. Koenig founded his business in June 2020 after identifying a need in the sector and successfully raising $100,000 on Kickstarter and $111,826 on IndieGoGo.

He experienced production snags, just like many others trying to start a business during the Covid-19 outbreak. Just a few weeks prior to the planned premiere of his episode, in mid-February 2021, he started selling Cheese Choppers.

What Happens to Cheese Chopper at The Shark Tank Pitch?

Tate makes an appearance on Shark Tank season 12 episode 20 looking for $75,000 in exchange for a 10% interest in his business. This is worth $750,000 in total. After the Sharks have analyzed their samples, he presents his case. When he tells them about his Kickstarter campaign, concerns are raised.

He has no true client feedback, and the Sharks all believe that he was too early to invest in. The Sharks are concerned about Tate’s lack of actual sales or customer feedback despite their belief that the idea is amazing.

Before delivering the goods to clients, Kendra advises that they spend their time perfecting them and developing them. If a product you ship to a customer is not of exceptional quality and functionality, you will miss the chance for repeat business.

The Sharks decline to make Cheese Chopper an offer because they think the product isn’t yet ready and that there is still more work to be done. Tate leaves without signing a deal.

Three months after the debut air date, in July 2021, the product is sold out on the company website. Tate will give you a 10% discount if you pre-order and wait 6–8 weeks for delivery.