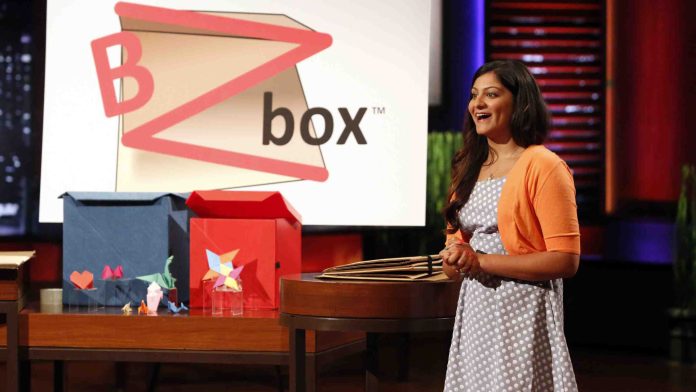 The BZBox is a foldable box for storing garments and other stuff. The BZBox design is a lidded collapsible storage box. It folds up and stores easily when not in use. Alternatively, it can safely contain objects while in use and allow the user to transfer items without the risk of the box collapsing. The box’s unique locking mechanisms, which do not require tape, account for this.

Who Is the BZBox Founder?

Kaeya Majmundar is the creator of BZBox. ABA in Economics and Sociology from Emory University. She presently resides in Chicago and has spent the last two years working for a startup business she helped build.

SwayPay, a firm she co-founded, is her current job. It’s a marketing agency that works with other big companies to help people save money. Kaeya’s roommate asked her to move a load of boxes into storage while she was studying for a college exam.

Because Kaeya was a wonderful friend, she agreed, but things went wrong when she picked one of the old, poorly packed cardboard boxes. Unfortunately, on the way out to her car, everything went wrong, resulting in a huge disaster. As a result, she had to spend an exhausting day repacking her roommate’s possessions.

She vowed to find a solution, which led to the creation of the BZBox, which was a combination of frustration and creativity. Unfortunately, her parents were not delighted when she informed them. She looked for an investor as a college student to help her fund her business plan and get it off the ground.

How Did BZBox Fare at The Shark Tank Pitch?

Kaeya is on Shark Tank Season 5 Episode 29 looking for $50,000 in exchange for a 20% interest in her firm. This signifies that the Company is worth $250,000. She tells her story and then invites Robert onstage for a box “race.” Before Robert can even pick up his “traditional” box, she opens a BZ Box.

Mark asks if Kaeya has done any marketing or advertising for the BZBox, but she says she is just wrapping up her sophomore year of college and that she first considered the BZBox last year. The Sharks are worried about the extra cost of constructing her boxes.

Robert inquires about the cost per box, to which Kaeya says that a typical cardboard moving box may cost around a dollar for 10,000 units, whereas a BZBox might cost around $1.75. To bring the proper price down to $.56 a box, she’d have to order 400,000 boxes. Lori, on the other hand, prefers the plastic model she brought. Robert is out because he doesn’t think this is a serious enough answer to the problem she’s solving. Mark Cuban believes Kaeya is overthinking BZBox. He realizes that she is dealing with a time problem. Kaeya admires Mark, but she also realizes that time is money. Mark has announced his departure.

Barbara Corcoran believes she has a wonderful idea but lacks the ability to listen and is not an entrepreneur. She has departed. Kevin O’Leary asked Kaeya what it would take to get the price down to fifty-six cents. She estimates that 400,000 units will be necessary.

Kevin is concerned about Barbara’s anxieties, but he still offers $50,000 for 50% ownership if she purchases the boxes for $.56 each. Lori begins negotiations with Kaeya, and Kevin departs. Lori agrees to invest $50,000 in BZBox as a storage solution in exchange for 40% ownership, under the condition that they figure out how to manufacture BZBox as a storage solution, but Kaeya is ultimately the type of person she prefers working with.

After the Shark Tank Pitch, BZBox: 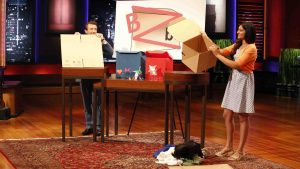 Lori’s contract was never finished, however, she did instruct Kaeya at one point. The company appears to have gone out of business in 2017, however as of August 20, 2021, some of the storage boxes are still available on Amazon.

Kaeya’s ZipTank, a tank top that transforms into a tote bag, was successfully financed on Kickstarter. That disappeared as well. She is the CEO of SwayPay, which allows you to “receive payback on things you bought by sharing them on TikTok, regardless of how many followers you have,” as of August 2021.

Kaeya arrives on Shark Tank with the hopes of receiving $50,000 in exchange for a 20% interest in her firm. This signifies that the Company is worth $250,000. Lori made her a $50,000 offer for 40% of the company, which she accepted. The company is no longer in operation.