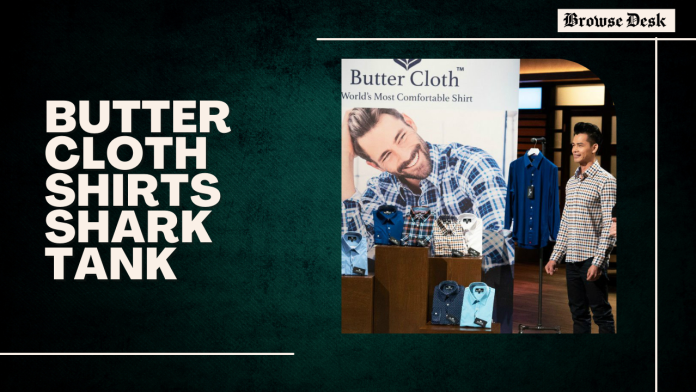 Buttercloth is a clothing brand that produces dress shirts with a casual feel and a formal appearance. Each shirt is composed of one hundred percent cotton fiber and has a six-way elasticity. On the company’s website, the price range for the shirt is between $98 and $118.

The company is headquartered in Long Beach, California. Buttercloth’s creator, Dahn Tran, is a Vietnamese native who moved to California at a young age. He found formal shirts to be painfully constricting, so he began designing fabrics with a t-shirt-like feel.

He established Buttercloth in 2017 to pursue his dream of becoming a fashion designer. The brand caters to individuals seeking comfortable shirts with attractive fits and patterns. Buttercloth claims that its shirts are distinct from those of other prominent brands. Their shirts come in a variety of sizes and designs.

In addition to purchasing shirts, buyers are encouraged to purchase gift cards or surprise boxes. Tran’s story is interwoven with Buttercloth’s. As a young boy growing up in Vietnam, Tran worked at his family’s tailor shop.

As he pursued his dream to become a fashion designer, he eventually began to create his own clothing. After relocating to California with his family in 1994, he took fashion classes before accepting his position at Mattel.

He paid for an Art and Design course at Otis College, where he received a bachelor’s degree in fashion, using his own funds. Later, he cashed in his 401k, sold his home, and established the Buttercloth company. There are already butter cloth goods available on Amazon. 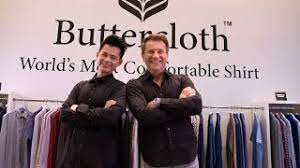 What Happens to Buttercloth at The Shark Tank Pitch?

In the fall of 2017, Metta World Peace became an investor in the company. He possesses both celebrity credentials and an understanding of e-commerce.

In order to get up to speed in the digital marketing industry, he studied digital analytics and marketing at UCLA after retiring from basketball and deciding he wanted to pursue businesses where he could monetize his own brand.

He preferred Buttercloth because of the fit and comfort of the shirts. Peace wore a shirt on the season finale of Celebrity Big Brother in early 2018.

In October 2018, apparel designer Dahn Tran, his business partner Gary Falkenberg, and investor and celebrity spokesperson NBA basketball player Metta World Peace appear on Shark Tank seeking $250,000 in exchange for a ten percent ownership in the company. This represents a valuation of $2.5 million.

It is predominantly Dan’s pitch. Metta and Gary describe their relationship with the company, but Danh steals the stage. He becomes upset as he describes his immigration story to the Sharks.

Robert, who is also an immigrant, is overcome with emotion. Danh discloses that he cashed up his 401(k) and sold his home in order to start Buttercloth. The entirety of the company’s marketing is conducted via social media. Since 2017, they have made approximately $500,000 in sales.

The most crucial challenge is client acquisition. Currently, Danh and the company spend approximately $40 to acquire a new client. Kevin mentioned that they wanted a company to assist them in reducing their client acquisition costs. He backtracked.

Mark was also concerned about client acquisition costs and questioned why the marketing budget was smaller than the inventory budget. Currently, he considered that advertising should take precedence over products. He backtracked.

Lori worries that Buttercloth will be in competition with some of her other lines, so she declines, citing a conflict of interest. Charles viewed the fashion industry as highly competitive, thus he was cautious to invest. He was absent as well.

Robert is the only remaining member of the Sharks. He likes their online strategy and believes he can contribute to the company’s success. Robert proposes $250,000 for a 25% stake. Danh complains and counters, but Robert maintains his position, and Danh agrees.

Buttercloth After the Shark Tank Pitch:

The agreement with Robert has been fulfilled, and Buttercloth now has more sponsorships from celebrities. As expected, sales surged on concert night. Since the show aired less than a year ago, Buttercloth has released a “Robert Herjavec Collection.” They are provided with an update section that introduces them to the Robert collection.

With $6 million in annual revenue as of June 2021, the company is thriving. In July 2021, the company introduced underwear to its inventory. August brought additional good news. The company designed shirts consisting of 29 percent mint fiber, which actively cools the wearer.

The shirts are available in white, black, and maroon solid colors, as well as blue microprint and grey striped option. The fabric is also utilized in their undergarments and other apparel. The release of Butter Cloth 10.0 will occur in September 2021. This new fabric is ten times softer than its former fabric. There are also shirts and underwear available.

Buttercloth appeared on Shark Tank seeking $250,000 for a 10% interest in the business. This represents a valuation of $2.5 million. He accepted Robert’s offer of $250,000 for a 25 percent stake, valuing the business at $1 million.