What Is a Breathometer?

Yim noted that there were no commercial breathalyzers available for cellphones, and the only portable breathalyzers were expensive and impractical for people to carry with them on a night out.

Preorders received through an Indiegogo crowdsourcing campaign that ran till April 2013 contributed to the company’s financial support. The campaign’s initial funding goal was $25,000, but by the time it was through, it had raised more than $138,000 overall.

Related: Blowzee Shark Tank: Why Did Blowzee Fail to Bag $100 K Deal Despite Impressing the Sharks?

The five “sharks” invested a total of $1 million for a combined 30 percent ownership in the company when Yim initially appeared on Shark Tank in September 2013, asking for $250,000 for a 10 percent stake in Breathometer.

How Does Breathometer Works?

The Breathometer was a little device that plugged into the audio jack of a smartphone and came with an app that gauged the user’s blood alcohol content (BAC). The smartphone served as the device’s source of processing, which made the device small enough to hang from a standard keychain.

The software allowed one-click calls to neighborhood friends from contact lists, nearby motels, or local taxi services if the user’s blood-alcohol level was over the permitted limit. Sample beta units were given out at the 2013 SXSW event in Austin, Texas. The app was removed in 2017 as a result of an agreement with the FTC.

The company transformed its technology into Mint, a brand-new instrument that assesses bad breath and dental health. Breathometer unveiled The Mint in September 2016. The device’s sensors evaluated sulfur chemicals that specialists say are connected to bad breath and periodontitis or gum disease.

Thanks to a collaboration with Philips, The Mint was later combined with Sonicare oral health products. As of 2021, neither Mint’s website nor its Amazon page are still accessible.

How Much Did Breathometer Raise in Shark Tank?

Charles Yim, the CEO of Breathometer, made a pitch to the sharks on ABC’s Shark Tank, and the company received $1 million in funding from all five sharks, which is an incredible accomplishment considering they are the first and only company to do so.

Breathometer was the subject of an update on Shark Tank on April 18, 2014, which featured Kevin O’Leary and Charles from Breathometer managing the fulfillment lines and resolving the company’s ongoing backlog issue at DCL’s Fremont plant.

Who Is the Founder of Breathemeter? 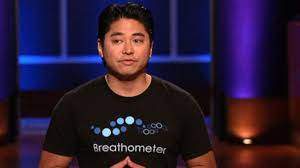 In order to help people make better decisions and lead better lives, Breathometer, a pioneer in the field of breath analysis, set out to develop the first portable breath analysis platform ever made.

What Happened to Breathometer After Shark Tank?

Charles Michael Yim received a $1 million contract from five of the show’s sharks after presenting the app-enabled smartphone devices on ABC’s “Shark Tank.”

The FTC currently asserts that there is no scientific support for the claims made by the product’s marketers. The makers of Breathometer Original and Breathometer Breeze have shut down the app and worked out a deal with the FTC.

The company is required by the FTC’s ruling to give customers who request them full refunds. The terms of the FTC settlement prohibit Breathometer, Inc., and Yim from making accuracy claims for consumer breathalyzer products in the future unless such claims are supported by extensive testing. Consumers who bought the defendants’ technology must also be informed and given complete refunds.

To start, Charles asks for $250K in exchange for a 10% interest in his business. Charles then started by offering the Sharks champagne and inquiring about their driving abilities. He claims that the Breathometer is comparable to large portable breathalyzers. He continues by saying that they began in March as a result of a successful Indiegogo campaign. 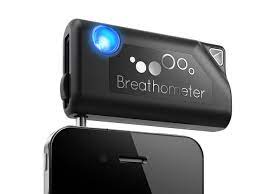 When Kevin O’Leary inquires about accountability, Charles replies that good judgment cannot be replaced. By blowing a.04 on the breathalyzer, Lori is allowed to drive. Using the same hardware and technology, Charles continues, he is creating a diabetic testing app. He invested $50,000 of his own funds, but the product still needs to be produced.

Mark sees a chance and offers $500K in exchange for a 20% ownership. Mark is receptive to working with Lori but she is not. Charles explains that he needs a million dollars in venture money in 60 days, and Mr. Wonderful offers $250K in exchange for 15%.

Then, Robert, Kevin, and Lori band together to make a bid of $750K for a third of the company. In exchange for 10 percent and unrestricted manufacturing, Daymond John is offering $250,000. Kevin then makes the proposal that if Mark and Daymond accept, all Sharks will take part in the $1 million deal.

What Was the Breathometer Issue? 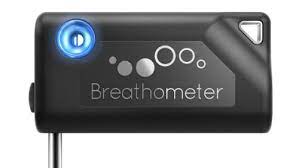 The FTC alleged that the company made false marketing claims about accuracy despite knowing the gadget routinely underreported BAC levels. When the app was disabled, users received a notice and full refunds. The complaint claims that Original and Breeze sales totaled $5.1 million. Mark Cuban referred to Breathometer as the “worst execution” in Shark Tank history after the FTC fiasco, highlighting the founder’s carelessness with money.