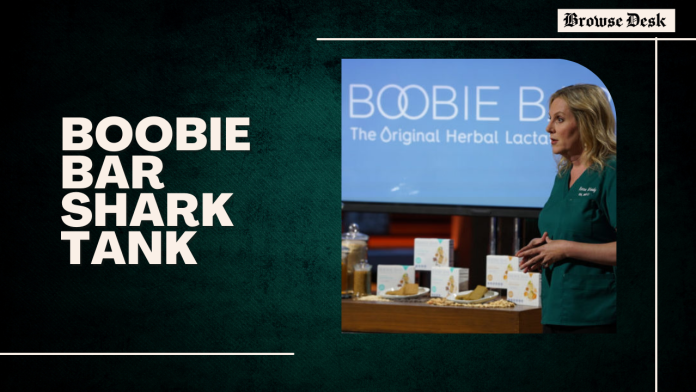 What Is Boobie Bar?

Boobie Bar is a snack bar designed exclusively for nursing mothers. One Boobie Bar provides a daily dose of herbs (turmeric, moringa, and Shatavari) to help parents increase their milk supply, and it is available in a variety of flavors, such as oatmeal chocolate chip, peanut butter, and blueberry coconut.

They are gluten-free, vegan, dairy-free, non-GMO, and kosher, and they come in flavors such as peanut butter, blueberry coconut, and oatmeal chocolate chip.

Who Is the Founder of The Boobie Bar?

Wendy Colson founded the company Boobie Brands, which manufactures the Boobie Bar. Prior to pursuing a career in business, Wendy was a certified neonatal nurse and lactation expert.

Her upbringing prompted her to recognize that nursing mothers struggled to produce sufficient breast milk for their infants. Wendy’s first clients were her patients as she attempted to resolve this issue.

In 2011, Wendy began experimenting in the kitchen with superfoods. She was driven to assist nursing mothers in generating more milk without resorting to rigorous drug regimens or excessive tea consumption.

Her first customers were her patients and nursing support group mothers, who supplied her with feedback on the bars. She continued to receive repeat orders and references, demonstrating the product’s efficacy. She was reluctant to go commercial despite the group’s encouragement.

Wendy invested the bequest from her parents, $5,000, in the Boobie Bar, which debuted in 2014. Wendy received orders from a large number of women quickly, and her products were sent to Walmart and other retailers.

What Happened to Boobie Bar at The Shark Tank Pitch?

She begins by asserting that her business is the most fashionable bar in Las Vegas, to which Mark responds, “I’m out.” She then begins her main presentation, detailing her background and advertising her products.

Sarah worries about what might happen if a man consumed one of the samples she is distributing. Wendy said it would be incredible if she could persuade men to lactate. In answer to Mark’s query, she asserts that her lactation bar is the only one on the market.

Mark and Kevin find the health claims unpersuasive. She claims that her recipe is based on generations of breastfeeding mothers using herbs. Her “clinical investigations” have consisted only of her own.

The average milk supply of the women in her study increased to 4.6 ounces from 1.5 ounces previously. Daymond is more interested in sales than Mark is in her health claims. Over fifty percent of orders are repeat orders. In her first two years of operation, she generated revenues of $770,000.

Wendy said that she had appeared in 500 unique stories. She had just visited Walmart, Babies R Us, and Bye-Bye Baby. Mark believed it was unethical to profit from desperate mothers with verifiable evidence. He’s gone.

Lori is eliminated because she indicated that she could not sign her name without clinical testing. Sarah remarked that she was enduring pain because she enjoyed the purpose of what she was doing and was getting enamored with the proven results. After these three have departed, she informs Daymond and Kevin of her subscription box scheme.

Kevin offered her $150,000 for a 20 percent stake in her business. She had no notion what to expect from Walmart, he informed her. He informed her that learning about the Walmart deal was a tremendous opportunity and accomplishment, and he complimented her on securing it.

Daymond offered her the same stock arrangement as Kevin: $150,000 in exchange for 20 percent ownership. Wendy expressed gratitude for his gifts. Wendy replied that both offers were outstanding and that she would have to make a difficult choice. She accepts Daymond’s offer due to the fact that he has young children.

Boobie Bars are available at the majority of Wal-Marts, in addition to their online store, Target, and Amazon. Other lactation bars and cookies have appeared on the market since Wendy’s introduction.

On the contrary, she continues to innovate. She has launched Boobie Bark, Boobie Body (protein shakes), and Hydro Mom, a combined electrolyte drink. In January of 2020, she introduced Boobie Bears, gummy bear-like candies manufactured from her herbal mixture.

Additionally, she sells goods for expecting mothers. Wendy is performing the correct action. As of June 2021, her yearly income is $2 million.