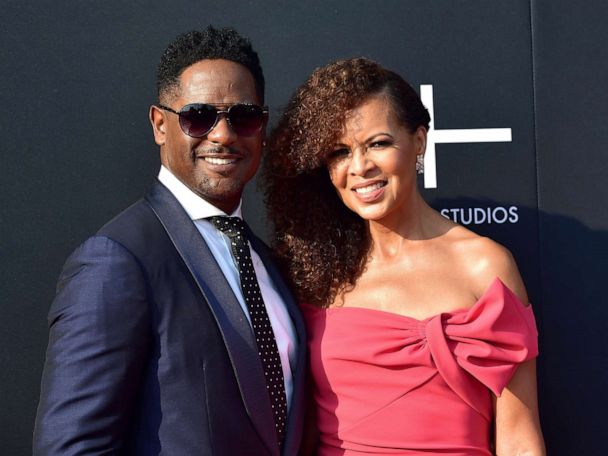 Blair Erwin Underwood is an American actor who was born on August 25, 1964. He made his screen debut in the 1985 musical Krush Groove and played attorney Jonathan Rollins in the NBC legal drama series L.A. Law from 1987 to 1994.

Underwood is involved with a number of philanthropic organizations. He received the 1993 Humanitarian Award for his efforts with the Muscular Dystrophy Association’s Los Angeles branch. He was the spokesman for YouthAIDS in 2003, alongside Ashley Judd. He also volunteers at the Blair Underwood Clinic of the AIDS Healthcare Foundation in Washington, DC.

In 2004, Underwood made a public service advertisement for The Fulfillment Fund. He is on the board of the Robey Theatre Company in Los Angeles, a non-profit theatre company created by Danny Glover that focuses on plays on the African-American experience.

Reason Behind Their Separation: Marriage, it turns out, does not always guarantee a happy life. After nearly three decades of marriage, actor Blair Underwood and his wife, Desiree DaCosta, are splitting. According to IMDb, Underwood, who is renowned for shows including “Sex and the City,” “Dear White People,” and “Quantico,” broke the news on Instagram on Sunday, May 30, 2021, and DaCosta did the same (via People).

“After a significant amount of contemplation, prayer, and work on ourselves individually and collectively, we have come to the determination to dissolve our 27-year marriage,” the Instagram post starts.

Blair and DaCosta are parents to three children. Paris and Blake are their two sons, while Brielle is their daughter (via People). The former couple refers to their children as their “proudest achievements” in their Facebook post. Divorce is difficult for everyone involved, especially the children. Because all three of their children are adults in this situation, the divorce will have no impact on their early development. That doesn’t make it easy, and it will undoubtedly take time for all five members of this family to recover. Blair aspired to be Desiree’s “protector” and “rock.”

Blair Underwood and Desiree DaCosta’s relationship has evolved throughout the years, culminating in this divorce. Blair is said to have spent a lot of time attempting to figure out how to help Desiree while avoiding patriarchal stereotypes (via People). He told Oprah.com in 2008, “I wanted to be her pillar of strength and guardian. I wanted to help her with her problem if she had one.

That’s what I assumed was required of me.” He recognized that rather than attempting to fix Desiree’s issues for her, he needed to let her handle her own difficulties and support her. This is crucial for any relationship, and it looks to have worked for the pair for at least a short time since they have been married for 13 years following this interview.

Related Post: Taylor Frankie Paul and Brayden Rowley Divorce, What Happened Between Them?

According to their Instagram statement, the pair has requested privacy following the revelation of their divorce. They call the split a “new season of change” and thank their followers for their patience during the transition.

There are no specifics on the cause for the divorce as of the publishing of this article.

Furthermore, they state that “we will continue to be the best of friends and co-parents and have the highest respect for one another as we begin onto this new chapter of our lives, separately,” after saying that they have always had and would always have their children’s best interests in mind.

To Know More Information about entertainment and lifestyle please visit us at Browsedesk.com