Billy Ray Cyrus is an American musician and actor who was born on August 25, 1961. Since 1992, he has recorded 16 studio albums and 53 singles and is best known for his smash track “Achy Breaky Heart,” which topped the US Hot Country Songs chart and became Australia’s first triple-platinum single. In 1992, it was the best-selling single in the same country. The line dance gained popularity as a result of the song’s music video.

After nearly 30 years of marriage, Billy Ray and Tish Cyrus have called it quits. 💔 Read more details on the separation here: https://t.co/n62LF6LWFJ pic.twitter.com/2tFJsXGhGu

“After 30 years, five incredible children, and a lifetime of memories, we have chosen to part ways – not with grief, but with love in our hearts,” they said in a joint statement to People through a spokesman. “We’ve grown up together, built a wonderful family, and now it’s time to forge our separate paths.”

“We will always be family,” the statement continues, “and we look forward to a continuous and loving shared experience as friends and parents.” “With so much going on in the world, we wanted to bring some clarity and closure so we can stay focused on what is essential.”
They sign off with, “With Love and Hope… Tish and Billy Ray Cyrus.”

In 1993, the “Achy Breaky Heart” singer married his soon-to-be-ex-wife. Miley Cyrus and pop singer-songwriter Noah Cyrus are two of their five children, both of whom have ties to country music. Miley has recorded collaborations with musicians such as Maren Morris and Dolly Parton, while Noah has worked with Jimmie Allen. Miley’s grandma is Dolly Parton.
The Cyrus marriage has been tumultuous on and off for more than a decade, resulting in two divorce filings. Tish filed for divorce in 2010, and Billy Ray Cyrus filed again in 2013, but both divorces ended in reconciliation after a short period. The musician told US Weekly that couples counseling had helped them heal their marriage after they put off their divorce intentions again in 2013. 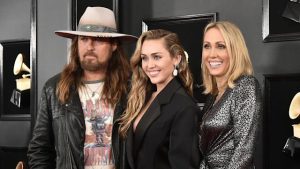 “We both awoke with the realization that we love one other and made the decision to stay together.” We both went to couples counseling, which we hadn’t done in 22 years of marriage, and it’s brought us closer together and opened up our communication in incredible ways,” he added. “Tish also mentioned that marriage might be difficult, especially after 22 years in the entertainment industry. We’ve had our ups and downs, but we both recognized we didn’t want to be another statistic and wanted to make it work.” The recent divorce petition was originally reported by TMZ. Tish Cyrus filed for divorce in Tennessee, citing “irreconcilable differences” as the reason for the breakup. The lawsuit also discloses that the couple hasn’t lived together in over two years and requests that all marital assets be divided equally. 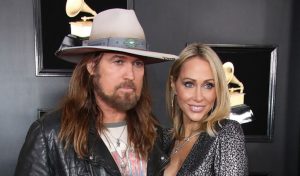 People Are Looking for Divorce Settlement Statements as Miley Cyrus’ parents, Billy Ray and Tish Cyrus, File for Divorce. Miley’s Mother Is Said to Have Filed for Divorce from Billy, Her Long-Time Friend.

The 54-Year-Old Filed in Tennessee Last Week, Citing Irreconcilable Differences as The Cause for Her Divorce. Furthermore, She Is Said to Have Already Planned out Her Intentions for How the Funds May Be Allocated.

In 2022, Tish Cyrus Will Have a Sizable Net Worth.

According to Celebrity Net Worth, Tish Cyrus Has an Internet Net Worth of $20 Million in 2022. It Is, However, a Combination of Her and Her Accomplice, Billy’s Luck. Regardless, She Is an Actor and Producer from The United States.

Her Daughter Miley Cyrus Starred in A Film that She Produced. in Addition, She Worked as An Official Producer for Nicholas Sparks’ Novel the Last Song. She Also Made an Appearance on The May 25, 2017 Debut of The Tv Show Cyrus vs. Cyrus: Design and Conquer.