What Is Bev Buckle?

A can or bottle of beer can fit inside the Bev Buckle, a belt buckle. It also enables a beer drinker to express himself freely by using his hands. It solves the issue of a beer drinker setting their drink down at a bar and then losing it.

The Bev Buckle initially appears to be an ordinary belt buckle, but when it is folded down, a small shelf and copper ring for your beer bottle are revealed. Your drink’s bottom rests on the buckle’s reverse, and the copper ring holds it in place. Any regular belt with a 1.5′′ belt bracket will fit with the Bev Buckle.

Any beverage in a can or bottle goes nicely with it. It keeps your drink steady as you use your phone, take a picture, or carry out any other task that requires two hands. It’s perfect for events like concerts or festivals where you don’t want to always carry your drink with you but also don’t want to set it down. It can be utilized for athletic events or while fishing. For any situation where you need a drink and two hands, the Bev Buckle is perfect.

Who Is Bev Buckle’s Founder? 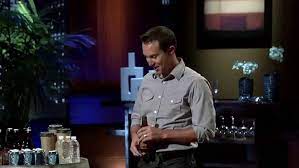 The idea for Bev Buckle came from businessman Jay Kriner. He started the business in 2002. Jay claimed that he developed the idea as a result of his propensity to rest his drinks against his belt buckle while out and about in bars.

In addition to his website, Jay offered Bev Buckles for sale at other beer festivals across the nation. He had a license contract in place for Bev Buckle, also known as The Beer Buckle, prior to recording.

What Happened to Bev Buckle at The Shark Tank Pitch? 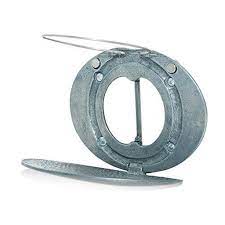 In the first episode of Season 4 of Shark Tank, Jay offers $50,000 in exchange for a 10% stake in his business. This translates into a valuation of $500,000. He made lofty declarations, in the beginning, calling the Bev Buckle one of the most exciting inventions “America has ever seen.” The Bev Buckle’s potential uses were then listed by Jay, including athletic events and concerts.

He reached for a bottle of beer that had already been placed on the stage. With his new catchphrase, “Balam,” Jay unlatched his belt buckle and set the bottle on the small tray that protruded from it. As a result, the Sharks started laughing in their seats. How did you come up with the idea? Mark asked. When Jay was out and about, he allegedly had a habit of resting his drinks on his belt buckle.

He offers samples to people. Kevin opened his and asked if a magnet was used to keep it closed. Jay confirmed it to be true. At various festivals and events across the nation, Jay claims to have sold 4,000 copies. He replied that it had taken him four years when Barbara asked how long it had taken him.

His $340,000 in sales does not arouse the interest of the sharks. The game then resumes after Jay lets them know he has a patent. He makes them for $10 each, and he sells them for $35 on average, but he can charge up to $110 depending on what is seen.

When Mark asked Jay what he did for a living, Jay described his dangerous day job of detonating explosives. The concept piqued the interest of prominent businesses like NASCAR and Daytona International Speedway.

Daymond was unhappy the entire time, so he queried Jay as to whether any of those businesses had sent him a check. Jay responded “no,” citing his issue with his foreign maker. Daymond was looking over the list when he stopped, tore it in half in front of Jay, and turned to go. He claimed that the list was useless if no one was prepared to send him a check. He excused himself, saying he didn’t have time to impart business knowledge.

Jay was carrying 62 units. Mark complained that he wasn’t working wisely and expressed his displeasure. Mark stepped outside. Mark was right, Robert said, but he understood. He asserted that he was in a similar position and had to absorb knowledge from others. He said it would take a lot of work to get Jay where he needed to be and offered a $50,000 offer in exchange for 75% of the company.

Kevin was shocked and declared that Robert had stolen Jay’s clientele. He presented counter advice. He asked for a 12 percent royalty on each unit sold rather than shares in Bev Buckle. Jay responded, “quite badly,” when Robert pressed him on how much he desired the success of the company.

After that, Barbara contributed $50,000 for a 51 percent ownership. Robert countered Kevin’s warning that he would be unwise to take the 75 percent off by saying that he didn’t want to lose 12 percent of his revenue flow. Jay thought it over before deciding on Barbara.

After shaking hands, Kevin told him that ceding control of his company was a grave error. Jay left the stage with a final “Babam!” and seemed unconcerned by the situation.

Despite the fact that Jay and Barbara Were Unable to Finish Their Deal, Barbara Gave Him Advice and Is Willing to Work with Him Again in The Future. if Jay Needs Help Funding a Huge Order, Barbara Will Provide It.

Jay Didn’t Require the Cash Because He Had Already Made Over $40 K in Sales of Bev Buckles During the Concert and The Week that Followed. Jay Is Currently in Discussions with Stores Including Urban Outfitters and Spencer Gifts.

He Expects Twisted Teas, Who Licenced the Bev Buckle, to Place a Second Order, and He Is Still Looking for Nascar Opportunities. The Bev Buckle Is Currently Manufactured in The United States as A Result of Certain Quality Control Issues with Foreign Manufacturers in The Past. The Business Is Still Doing Strong in 2021. as Of July 2021, Income Is $1 Million Annually.

The Estimated Net Worth of Bev Buckle Is $2.25 Million.