MX Player is the best web series for all you binge-watchers out there. Our very own team of creative directors, writers, and producers come up with some quirky storylines that will leave you on the edge of your seat. Get ready to binge-watch on MX Player!

Ever since lockdown, OTT platforms have gained popularity among the viewers, and therefore people are inclined more towards series and movies available on such a platform. Here is information regarding Best MX Player Web Series to watch and kill boredom.

But, what is MX Player and Best Web Series On MX Player? Information related to that is mentioned below.

Created by Korea-based J2 Interactive, MX Player is a global cross-platform video player with advanced features such as offline video viewing and subtitle support. The app has immense popularity in India, and as claimed by MX Player, 70 percent of its monthly users come from India. In 2018, Times Internet acquired MX Player for $200 million and relaunched MX Player as an OTT platform.

MX Player which is now a video-streaming platform in India hosts shows, movies, music videos, and several hours of MX Originals. The content is available in 10 Indian languages, including Hindi, Tamil, Telugu, Punjabi, Marathi, and Malayalam.

Here are some of the best MX Player Original Web Series which you can enjoy in free hours or after a tiring workday to rejuvenate and get a daily dose of entertainment.

MX Player Best Web Series are listed in this section. MX Player has given the viewers a lot of different content. So with this note start seeing the names with detailed information about the series.

The genre of the web series is comedy, drama and it was released on February 19, 2019, a year back. Right now, there is only one season available, which has six episodes in it. In the web series, you will see the common problems of a millennium’s life.

Flames is one of the very famous web series people loved. It was released back on January 5, 2018, and came up with two seasons and ten episodes. It was also listed as the best romantic web series.

Flames is a web series based on teenage life. The genre of the series is comedy, drama, and romance. In the series, one will see the typical coaching class romance and all those moments of childhood.

The story is about a couple, Rajat and Ishita, who go to the same tuition class in west Delhi. The makers have included all those problems one generally faces in their teenage love, along with the bunch of happiness. They have shown how these two love birds dealt with their issues and made their relationship long-lasting. Soon Flames season 3 will be coming on MX Player

Queen is a web series based on the historical drama with one season consisting of 11 episodes. It was released back on March 25, 2019.

Queen is a web series that does not require any introduction because it is a biography of Tamil Nadu state, Former CM, Late J Jayalalitha. She was loved for her personality, her work, and her aura.

The series has shown the life of the former CM in it, which has everything from here life drama, acting career to her political life. The story doesn’t start from her CM life but her childhood days.

You will see her life struggle in the series. It was liked by many, not because of her autobiography but the strong acting of the leading character played by Ramya Krishnan and Indrajit Sukumaran.

ImMature is again a web series made on teenagers. It was released on February 19, 2019, and the genre is drama and comedy. Only one season has been launched till now, which has five seasons in it.

As the name suggests, the series is all about the immature behavior of teenagers who think they are mature. The story is about a 16-year-old guy named Dhruv, a normal teenage kid. He wants to experience everything in his life and all those things which adults do.

He had the first crush in his school who he wanted to tease, and he managed to do that with his friends. The makers have shown all their life experiences, such as their first love, first heartbreak, first drink, etc.

Viewers will be able to connect with the story because the things that happened in the story is all that everyone has done in their 16s. This story is known as one of the best comedy-drama series available in MX Player.

Cheesecake is about a newly web unsettled couple who aren’t very used to each other now. And suddenly, one day, they find a golden retriever dog outside their house at the door.

They were shocked and surprised. And they did what anyone else would have done, and they took the dog inside. The dog changed their lives totally. The couple realized things they would have never discovered without this experience.

The show gained popularity in no time due to the strong script, and excellent role-plays done by the leading characters. The dog’s cuteness was the centre of attraction of the whole web series. All over, a dog lover or want to become a dog lover, then it is a must-watch short yet powerful MX Player web series.

Aafat is a short, quirky, and fun comedy web series based on the bride-finding drama. The story is all about a son and mother who is seeing a bride from a matchmaker company. Their expectations from their would-be bride were too much that they ended up meeting the number of girls.

The matchmaker introduced the mother and son to five different girls. All those girls were different from each other and had their flaws and qualities. One among them was rude, and the other one was bald, one was fat while the other one was a divorcee. The last one had a habit of not shaving her legs and hands, which was considered as a big problem.

The story was fun and full of comedy but with a great message. People who watched the series gave some excellent reviews on the same. The makers have focused on showing the stereotype thinking and how the world has changed now.

It was released back on February 18, 2019, and has six episodes in it. There was only one season released of the web series.

Shaadi Fit is a different show than those listed here. It is not a web series but a web show, which is a talk show. It is a pre-marriage web talk show.

It will be all about the journey of four young couples who are not perfect now but will be to become fit for the marriage. The hosts and the lead of this show will be Mandira Bedi and Neeraj Gaba.

In their journey, there will be many tasks and challenges given to the couple which they have to perform to become the best. It is not just a fun game show, but it is something we would recommend every couple to watch.

The main focus of the series will be to educate and prepare the participants for the wedding and make them understand the importance of a successful marriage.

The host of the show Mandira Bedi said- “This show is very close to me, personally. Marriage, of course, requires love, but family, friends, mental and physical compatibility matter as well. Shaadi Fit not only tests couples’ compatibility but also gives them a reality check for their D day in every way possible.”

The web series genre is reality show and romance. It was launched in 2019, November 14, and the season has 11 episodes.

Thinkistan is a show released on May 23, 2019, on MX Player. It is a big series to watch with 23 episodes. This can keep viewers busy and entertained for a long time.

It is a web series that shows the life of the 90s. The story is about the employees of an advertising agency and their life complications. It is about two different lives of copywriters.

The one is privileged, one who belongs to Mumbai and is well versed in English. Shravvan Reddy plays the character while the other one is a Hindi-speaking guy from Bhopal who has to face many struggles.

The other two lead roles are of a girl named Sneha and Anushka ( role played by Mandira Bedi) are the big names. The story will revolve around these four characters and their struggles.

The series is directed by the famous director Padkumar Narasimhamurthy. He has also directed a famous movie, A billion color story.

Hello Mini is a thriller story released on October 11, 2019. the web series is not too short, not too long one with 15 episodes and one season.

The web series is based on a thriller story that has many scary and bold scenes in it, and hence, it is not advisable for someone below 16 to watch.

The story is about a girl named Rivanah, who is being stalked by someone, and she is not able to see that person. However, she keeps on getting frantic calls, constant messages, and an eye kept on her every time. It is a suspense thriller where you see how the girl tackled the situation and who the stranger was actually.

Overall, it is a must-watch web series for those who like thrillers and suspense.

The Insiders is a web series based on the comedy and drama genres. It was released on April 12, 2019. The series is concise with 1 season having five episodes.

It is a story of four urban rich teenagers who were strangers to each other when they met first. They were locked up in a room every week by their parents. Since the kids are privileged enough, they don’t have any struggles to face for now.

But since they spend time together, they become best friends and share their life stories. One can see their bond, discomfort changing to comfort, and friendship as the series continues.

Overall, it is a good web series to watch if viewers like a series based on friendships and drama. And since the series is too short, it won’t take much time.

Aashram is a Hindi-language crime drama web series directed by Prakash Jha for MX Player original. Its first season was made available for streaming on OTT platform MX Player for free from August 28, 2020. The trailer of the second season titled “Aashram Chapter 2: The Dark Side” was released on October 29 2020. And waiting for Aashram Season 3 which might be announced by MX Player soon.

Kashipurwale Baba Nirala (Monty) has an enormous following and is worshipped as a god he runs an Aashram which has all kinds of necessary facilities. The village has differences due to cast discrimination where lower caste Satti is bashed badly by upper castes during a wedding procession. Sartti is denied treatment, but with the arrival of Baba, everything changes Satti and his sister Pammi, a wrestler then decide to devote their life to Baba and his Aashram.

The Aashram has lot many secrets as Baba is not what he appears but a womanizer and fake godman who uses people for his benefit. Inspector Ujagar and his aide constable come across buried corpses on the property of Aashram, and with Dr Natasha decide to expose him. But Baba is known to frame people with false charges or even eliminate them with the help of his friend Bhopa who comes on his way.

So here was a list of Best Web Series On MX Player which is a must-watch on MX Player and It can keep viewers busy if they intend to binge-watch them as well. A complete mix of teenage emotion with a bit of reality and friendship and love too which is available in the list provided above. 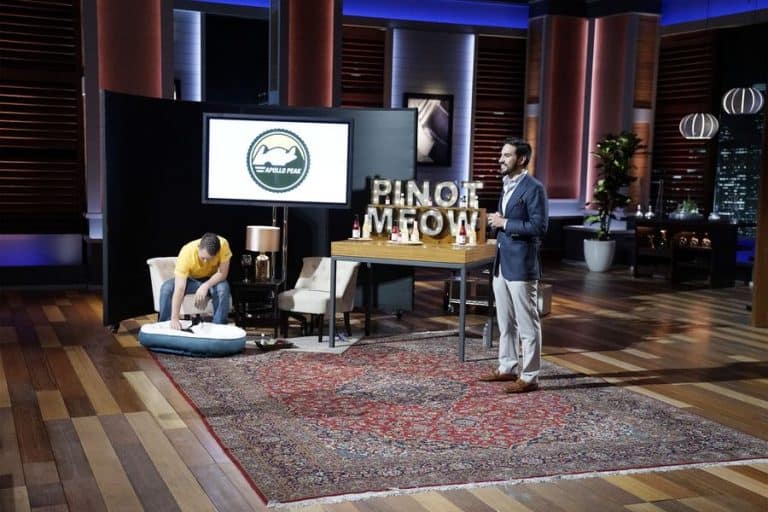