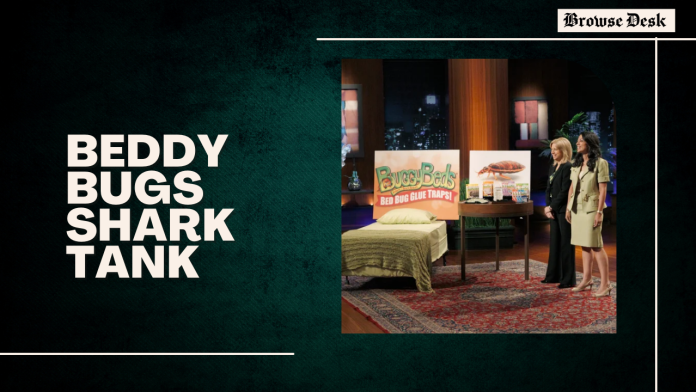 What Are Buggy Beds?

The innovative bedbug detector BuggyBeds will never obstruct your regular activities and provide you peace of mind wherever you go. It aims to alert you to a potential issue before it’s too late! A period of up to six months may be detected by BuggyBeds monitoring.

The device is hidden and placed beneath the four corners of your mattress so that it won’t disturb you while you sleep. Veronica Perlongo and Maria Curcio, who have been friends for fifteen years, founded BuggyBeds.

The BuggyBeds’ glue monitors draw bed bugs to them and then capture them on a sticky pad. The BuggyBeds monitor can also be utilized in your car or on other pieces of furniture, such as couches.

Who Is the Founder of Buggy Beds?

Veronica Perlongo and Maria Curcio, who have worked together for fifteen years in business, founded BuggyBeds. After discovering how pervasive bed bugs had become in residences all around the United States of America, Veronica and Maria created BuggyBeds.

Once bed bugs have made their way into a home, it won’t be long until they have taken over, and the number of infestations is rapidly rising. BuggyBeds, on the other hand, is a product that might help solve a major issue.

Previously, Home Depot and Burlington Coat Factory carried BuggyBeds. They had previously turned down a $5 million offer for patents and trademarks.

What Happened to The Buggy Beds Pitch in The Shark Tank?

On Shark Tank Episode 402, the BuggyBeds’ creator Maria Curcio and her partner Veronica Perlongo introduce their product. They want a shark to help them grow their business more quickly. Maria and Veronica asked for a $125,000 investment in exchange for a 7% ownership in their $1.8 million BuggyBeds during their Shark Tank pitch.

After some thought, Mr. Wonderful asked the women to leave the room so that the Sharks could work together to develop an offer. In exchange for 25% of the equity, Kevin offers Maria and Veronica $250,000 and extends an invitation to the other Sharks to participate in the transaction.

Daymond is “in” with Kevin. After making a $150,000 offer for 15% stock shares, Barbara retracts it. Robert agrees when Mark offers that they all work together to make a deal, and Barbara is welcomed back in by the boys after she accepts their invitation. All five Sharks agree to a $250,000 offer for 25% of BuggyBeds’ equity, and Maria and Veronica leave the tank after reaching an agreement.

What Happened to Buggy Beds After Shark Tank?

After BuggyBeds debuted, Maria Curcio was interviewed by Beyond the Tank. She needed to speed up retail distribution, and the Sharks could help. Before recording, BuggyBeds had about 60 Home Depot locations. After settling on a deal with five Sharks, they quickly increased to 350 locations and will soon be in more.

Only 75 Burlington Coat Factory locations sold the item prior to the recording; as of right now, BuggyBeds are offered at every single store. Additionally, they have relationships with distributors in more than 40 nations and a sizable institutional wholesale channel.

Maria consented to a second Shark Tank interview after finding out that her segment would be rerun on 12/7/12. Shark Tank camera teams were in Freehold, New Jersey, late in November filming a follow-up segment on BuggyBeds. On March 29, the fourth episode (419) will air.

Over time, the company has developed new products. In addition to bed bug traps, they also make flea and tick traps, mosquito repellent bands, and lice repellent bands. In April 2021, the business sold a majority stake to Rock Mountain Capital, eliminating the Sharks from their ownership stakes.

The company still counts Maria and Veronica as “significant minority shareholders” who are “actively involved in the business.” As of January 2022, the corporation was still operating, bringing approximately $4 million annually.

Net Worth of Buggy Beds

The company was valued at $1.8 million during the pitch; however, after the five Sharks each invested $1 million, the company’s value increased to $1 million. The company’s net value was $10 million as of January 2022.