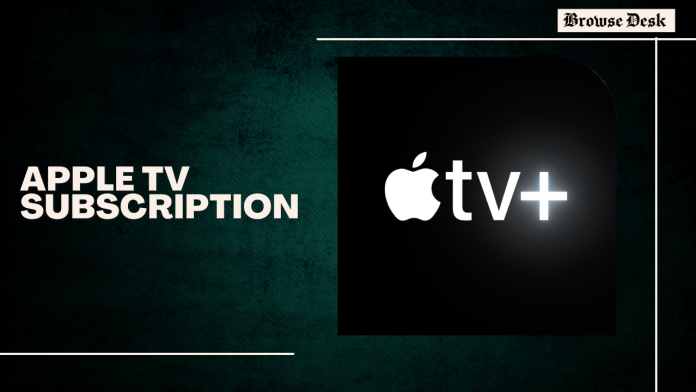 In November 2019, Apple TV+ entered the market and gave streaming fans a new, exciting platform to watch a wealth of original films, television programs, documentaries, and specials. Since the service’s debut almost three years ago, it has only gotten bigger and better, with movies like CODA being the first streaming service’s entry to win Best Picture at the Academy Awards and shows like Ted Lasso winning many Emmys.

However, not everyone has an Apple TV+ membership for a variety of reasons, possibly because they are unaware of the contents of the service. If you belong to such a group, have no worry; we have compiled a brief overview of Apple TV+ and everything that a subscription entails.

Contents
1. The Cost and Subscription Plan for Apple Tv+
2. See the Full Information Regarding the Three Months of Free Apple TV+
3. Devices Supported by Apple Tv+
4. The Apple TV+ App Lets You Access Your iTunes Movie Purchases and Rentals:

The Cost and Subscription Plan for Apple Tv+ Apple TV+ has a simpler subscription strategy than the majority of streaming services because there is only one cost for access to all the content. You may enjoy one of the best discounts in the streaming industry by watching all those original movies and episodes for a staggering $4.99 each month. For anyone interested in trying out the site, all new subscribers receive a free seven-day trial before being paid.

You can also combine your Apple TV+ membership with the AppleOne service, which costs between $14.95 and $29.95 a month and lets you choose up to six Apple services. From Apple Music, Apple TV+, Apple Arcade, iCloud+, Apple News+, and Apple Fitness+, you can select this. With the purchase of an eligible Apple device, you can receive three months of Apple TV+ for free.

Related: HBO Log In: How Do I Sign up For HBO Max? Check Here All Updates About Internet Plans Include HBO Max

You might qualify for three months of free Apple TV+ if you recently bought an eligible Apple device or plan to in the near future. Within three months of purchase, just open the Apple TV app on your new device and follow the on-screen instructions. You’ll soon be taking advantage of all of Apple TV+’s wonderful features without having to invest a penny more. 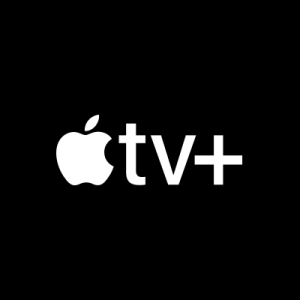 A complimentary three-month Apple TV+ membership is also available to anyone who has been fortunate enough to obtain a PlayStation 5 (which, more than a year after its debut, is still quite difficult to buy). I personally was unaware of this until I installed the Apple TV+ software on my PS5 and was presented with a popup including all the information. Act quickly though, as this offer will end on July 22, 2022.

Since the service’s inception, Ted Lasso, Severance, and Roar, as well as outstanding films like Swan Song, The Tragedy of Macbeth, The Banker, and others, have all been available on Apple TV+. With its outstanding Beastie Boys Story documentary, Apple TV+ even hosted one of the best films of 2020. But with every month that goes by, the list of the finest Apple TV+ movies gets longer and more varied.

Following the announcement that the numerous Peanuts holiday specials, including It’s the Great Pumpkin, Charlie Brown, A Charlie Brown Thanksgiving, and A Charlie Brown Christmas, will only be available on Apple TV+, the streaming service attracted the wrath of thousands of parents in October 2020. Even though the special was eventually broadcast on television, the platform continues to be where viewers can stream the majority of those cherished Charlie Brown classics. 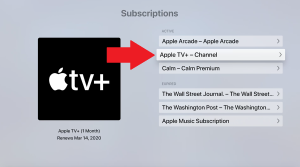 The streaming service offers access to new shows including The Snoopy Show, Peanuts in Space: Secrets of Apollo 10, and the 2021 documentary Who Are You, Charlie Brown? in addition to classic holiday specials like It’s Christmastime Again, Charlie Brown. You must use Apple TV+ to watch the most recent Peanuts adventures, even if some of the other Charlie Brown movies are available on platforms like Paramount+ and Disney+.

Only a few years ago, it seemed impossible that anyone would ever be able to watch live sports on a streaming service. Well, thanks to services like Paramount+, Peacock, and Hulu, where users can enjoy games seven days a week, it’s finally a reality. Additionally, Apple TV+ has recently joined in the fun. “Friday Night Baseball on Apple TV+” will be a weekly doubleheader that streams only on the service throughout the 2022 MLB season. The nicest part is that those annoying local outages are no longer a concern.

Apple TV+ offers members highlights from games played throughout the week, professional analysis, classic games, documentaries on legendary World Series matchups, and games that may be replayed after they have finished playing live (and are available to watch on-demand afterward). 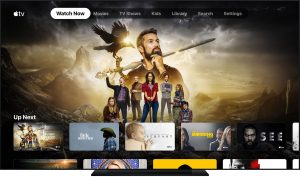 You might be asking where to get these films, television programs, and documentaries now that you know what you can watch on Apple TV+. To begin with, the platform is accessible on any Apple phone, a tablet running the most recent version of iOS, a Mac computer, and an Apple TV model 3 or later.

Related: HBO Max 30-Day Free Trial: Can You Still Get the 30-Day Trial?

You can view Apple TV+, Roku, Amazon Fire TV, Android, and Google streaming boxes on a lot of smart TVs. Along with Xbox One, Xbox Series X, and Xbox Series S, the service is also accessible on PlayStation 4 and PlayStation 5 (remember the free six-month trial stated previously).

The Apple TV+ App Lets You Access Your iTunes Movie Purchases and Rentals:

The Apple TV+ app’s connection to your iTunes account, which allows you to access all of your purchased titles in one location, is another pretty cool feature. It is really simple to switch between the different features because you can buy new movies and rent them using the app.

Yes, this relates more to the app than the streaming service, but if you’re thinking about signing up, you should be aware of this aspect of the service. All of this information should assist you in determining whether an Apple TV+ subscription is valuable enough to include in your list of streaming services.