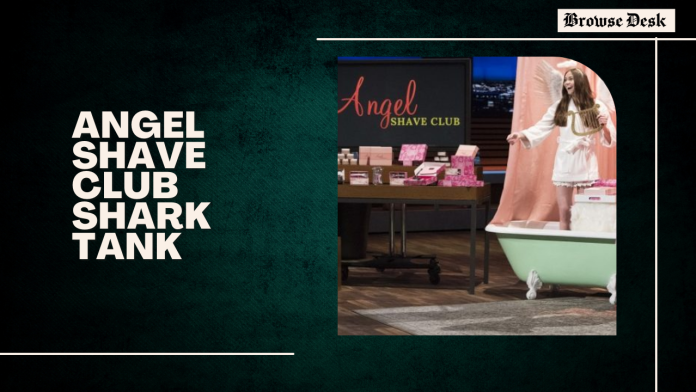 What Is Angel Shave Club?

The website gives customers the option to select their preferred handle, amount of disposable razors, and shipping frequency (which can be changed at any time).

Every two or four months, women can select two razors from a selection when they join the Angel Shave Club. It costs $18 for a two-month subscription.

Who Is the Founder of Angel Shave Club?

According to Rebecca Lake’s article “Shaving Statistics: 23 Remarkable Facts,” which was published on 6/6/15, women are thought to shave their legs an average of 72 days over their lifespan.

Not to mention the time spent going shopping for supplies, the time and money spent on razors and shaving cream add up rapidly! Iskra Tsenkova, the creator and CEO of Angel Shave Club, recalled using the same razor as her spouse when she was in the shower.

She bought hers from a store, but her husband got his from a Dollar Shave Club membership. He simply “appeared” in their doorway, whilst she had to go shopping and spent more money on the same razor.

When asked “… how is there no such business for women?” by Michelle Dederko of Pacific San Diego on 8/3/16, Tsenkova explained. She was a native of Bulgaria who had spent the last nine years working as a sales representative and yoga instructor in the San Diego region.

Despite being born into poverty, Tsenkova wanted to start her own company. She pictured a club that would provide razors in attractive boxes, with schedules that suited the lifestyles of each member and colours and patterns that were appealing to women.

After being unable to discover anything that fit her idea, she started working on the dream razor in October 2015. Angel Shave Club officially launched in March 2016 after receiving its initial funding through an Indiegogo campaign. Women would have their own boutique shaving club instead of being an afterthought at men’s clubs for shaving!

In four months, she received about 2,000 subscribers. Three or five blades with flexible heads and high-quality US steel blades with Aloe Vera and Vitamin E moisturising strips are included with a subscription. The ergonomically designed handles offer a non-slip, superior control grip and are available in two colours.

Delivery appointments can be made every two or four months, and it’s free for deliveries inside of the US. The Angel Shave Club also provides a “First Shave Kit” that contains a razor, Shaving Soufflé, and other accessories to mark this coming-of-age occasion, as well as an all-natural Shaving Soufflé made with Aloe Vera, Bentonite clay, and sweet Almond Oil.

How Was the Shark Tank Pitch of Angel Shave Club?

Iskra and Brian ask for $300,000 from the shark tank in exchange for a 10% ownership in Angel Shave Club. After samples were given out and information about their company, which brought in $390,000 in revenue last year, objections started pouring in.

The Sharks fear a bigger player would provide a similar service and suffocate them. Supply chain issues are a worry for the Sharks as well.

Last but not least, their value terrifies all sharks. No Shark departs empty-handed after a churn rate of 4 to 6 billing cycles because they don’t think the investment is worthwhile. Iskra and Brian walk off the stage of the Shark Tank without receiving a deal from the sharks.

Angel Shaving Club left the Shark Tank in Season 10 Episode 11, but Quake Capital swiftly took note and made an investment offer of $200,000 in the women’s shaving business.

Angel Shave Club and Sharks did not reach an agreement.

What Happened to Angel Shave Club After Shark Tank?

The fact that Iskra and Brian were in the Tank wasn’t all bad news. As part of its accelerator programme, Quake Capital invested $200,000 in Angel Shave Club. According to Crunchbase, Quake is the second most active investor in female-led businesses worldwide.

By creating a less expensive alternative to expensive women’s shaving products and giving back to women all over the world, Angel Shave Club is solving a real issue in the shaving business. Unfortunately, Covid-19 caused the company to stop operating in May 2020.

Although this is just a rumour, there was a lot of supposition that venture investors contributed to the company’s downfall.

Due to a cash issue, Angel Shave Club ceased operations in early December 2019 after three years of existence.

Former customers of Angel Shave Club assert that the company has since reopened as a less open women’s razor membership service, only a few weeks after it made its closing announcement.